The Significance of Fifth Avenue Bars in Stargate: The Evidence 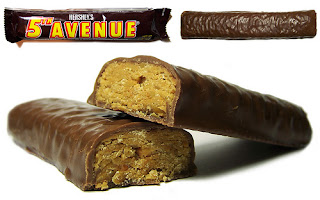 1. ‘Chomping unconsciously on a Fifth Avenue bar, Daniel was working like a six-armed demon.’

3. Daniel uses a Fifth Avenue bar to win the devotion of the mastadge, an ox-like creature.

4. ‘Daniel unwrapped a half melted Fifth Avenue bar and held it out, offering the man a taste... After some hesitation, he reached out, accepted the bar, and took a small bite. His worried eyes suddenly grew wide with concentration as he chewed. Then suddenly, his whole face lit up in a smile.’

5. ‘He was about to speak when the mastadge nuzzled him again in a sensitive area. Daniel quickly pulled the last Fifth Avenue bar out of his pocket.’ 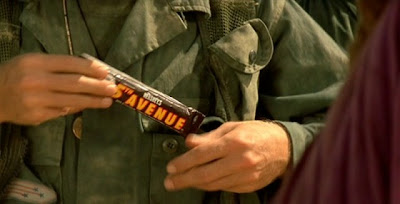 
"Hey Danny. I brought something for ya." Jack pulled his backpack round and emerged with 4 rectangular objects.
"Whoa! Jack. You remembered!" he said receiving the present from Jack.
As Jack continued handing them out to Teal'c and Sam he said "How could I forget Rockboy" he grinned. Teal'c and Sam had both over the last 10 years of being SG1, been informed of all the events of the first mission. Including Daniels packing.